The General Assembly of the International Academic Association on Planning, Law, and Property Rights (PLPR) has elected new members to PLPR's executive committee at its 2012 conference in Belfast, Northern Ireland:

Appointed liasons are Richard Norton for North America and John Sheehan as Pacific Rim representative. In addition, the host of 2012, Greg Lloyd and the host of 2013, Ed Sullivan joined ExCo.

PLPR is a spin-off from AESOP's law track, established by Rachelle Alterman (founding president) and others, to promote academic research on the interface between planning, law, and property. Belfast was already the 6th international conference; in 2013, the PLPR community will meet in Portland, Oregon: see http://www.plpr.tu-dortmund.de/.

PLPR invites all AESOP affiliates, who are interested in law and planning, to join: membership is for FREE! 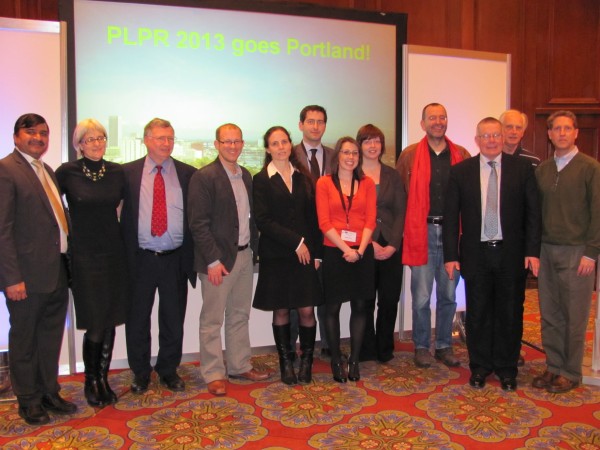