World Planning School Congress
Together with its member associations, GPEAN organizes a World Planning School Congress (WPSC) every five years. So far, four WPSCs have been organised, bringing together planning educators and scholars worldwide: the 2001 Shanghai WPSC; the 2006 Mexico City WPSC, the 2011 Perth WPSC; and the 2016 Rio de Janeiro WPSC. Preparations are underway for the 2021 Congress.
Website
Dialogues in Urban and Regional Planning book series
GPEAN leads the compilation of the Dialogues in Urban and Regional Planning book series, which features seminal articles from the members of the eleven planning schools associations, and hence providing a glimpse into the discussions and concerns regarding planning theory, practice and education in different regions of the world. The Dialogues in Urban and Regional Planning book series is published in association with Routledge. The sixth book in the series was published in August 2017, bringing together articles on the theme of “The Right to the City”.
Website
UN Habitat events
GPEAN is also actively involved in UN Habitat events and activities. It contributed with a chapter to both the 2009 Global Report named Planning for Sustainable Cities, and the 2016 World Cities Report. The Network and its member associations (and among them AESOP) have contributed to the Habitat III process and particularly the debates on the New Urban Agenda, which was adopted during the Habitat III Conference in October 2016.
Website
General Assembly of Partners (GAP)
Both GPEAN and AESOP have become a member of the General Assembly of Partners (GAP), a special initiative proposed by the World Urban Campaign (WUC) to serve as a platform for non-governmental partners in Habitat III. In addition to its involvement during the preparation process, GPEAN also had a strong presence during the Habitat III Conference, and organised a side event called “Capacity Building for the New Urban Agenda: Roles for Universities”.
Website 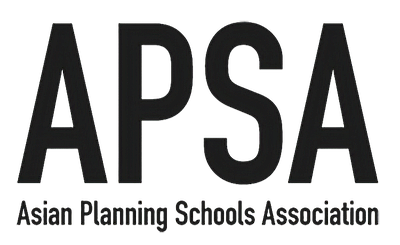 ASPI
Association of Schools of Planning in Indonesia
ASPI