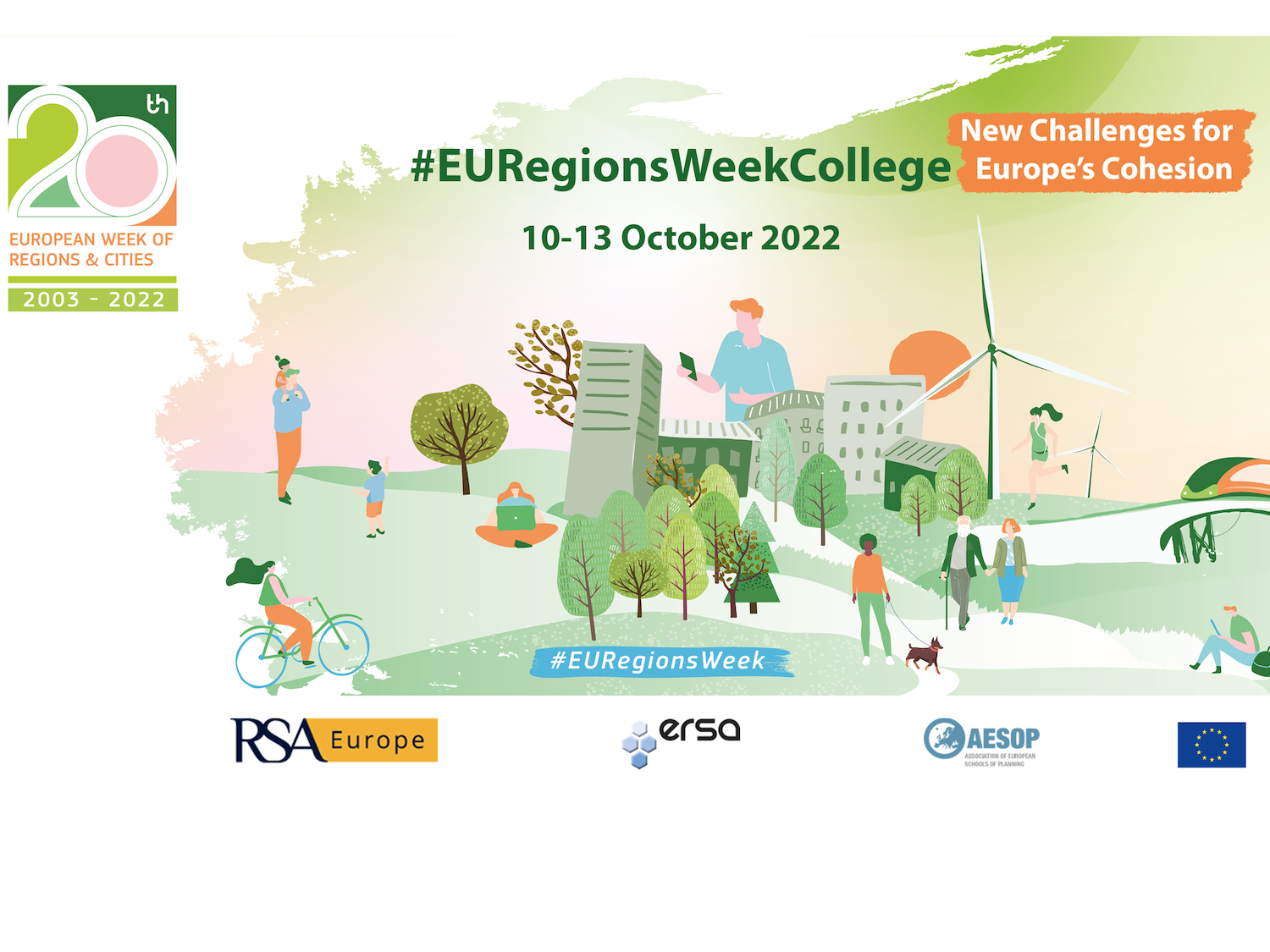 The #EURegionsWeekCollege will be held on Wednesday 12th October 2022 and is the replacement for the face-to-face Masterclass that has taken place in pre-pandemic. It is specifically designed for PhD students and early career researchers and forms part of the capacity building efforts of the #EURegionsWeek partners.

The registration to join the sessions will open on 31st August 2022.

With contributions from EU officials and academic researchers, this webinar reflects on the current and future challenges for Cohesion Policy, notably the key questions posed in the 8th Cohesion Report. Participants will have opportunities to ask questions and contribute to the discussion.

In this session, we will be listening to a debate by senior EU officials talking about how Cohesion policy is shaped by the interplay between the main EU institutions. A panel including the Director-General of DG REGIO, European Commission, a senior Member of the European Parliament, and a representative of the EU Council Presidency, and chaired by Professor John Bachtler, European Policies Research Centre, University of Strathclyde will discuss questions related to the development of Cohesion Policy proposals, the dynamics of the negotiations and the influence of different actors.

This workshop will discuss how the EPRS and the policy department for structural and cohesion policies differ in terms of their contribution to Parliament’s research work and examine how academic researchers can become more closely involved in this process. As in the past, students will be able to interact with EP experts in structural policies. This year’s students will be asked to share their ideas and reflect upon how academic researchers can reach out to policymakers in their work and improve the communication of cohesion policy to the general public, with a possible exploration of the impact of evolving hybrid work arrangements and digitalisation on the generation and communication of research for public policy.

The college sessions are free to attend but registration is required.